The world cup of wildlife.

A cheetah and her cub gazing out across golden-hued plains from the top of a dusty termite hill, zebra and wildebeest plunging into the crocodile-infested waters of the Mara River and Masai herdsmen herding their cattle clothed in colourful traditional dress. The Masai Mara National Reserve speaks to the imagination and the nomadic traveller’s heart like few other safari destinations do.

Four landscapes in one

The Masai Mara National Reserve, one of Africa’s greatest wildlife reserves, is situated in south-west Kenya. The reserve covers a piece of land equaling 1,510 square kilometers or 580 square miles. With the Serengeti as its’ southern neighbor it’s one of the most spectacular places in the world to go on safari. The reserve is home to four very different types of scenery: the eastern part of the reserve features sandy soil spotted by small bushes, to the west the plateau of the Siria Escarpment forms a natural boundary, lush grasslands and woodlands surrounding the Mara River and the largest part of the reserve features open plains scattered with bushes. Explore the Greater Masai Mara by viewing our Masai Mara map.

The Masai Mara National Reserve lies approximately 270 kilometers from Nairobi, Kenya’s capital. If you decide to fly into the reserve, it should only take you 40-45 minutes to reach your destination comfortably. By road the journey will take you approximately six to seven hours. Depending on which route you take most of the roads make for a comfortable drive. Try to avoid the road Lemek and Aitong Town as it can be quite bumpy. Learn more about travelling to the Masai Mara on our getting to Masai Mara page.

There’s no need to rough it while visiting the wilderness. The Masai Mara National Reserve is home to world-class accommodation. You can choose from a selection of comfortable and accommodating lodges both in the reserve proper and in the conservancies surrounding it. Whether you choose to stay at tented camp or a safari lodge, each accommodation offers its own combination of comfort, hospitality and fine dining to provide you with an authentic safari experience. Most accommodations will also provide you with complete tailor-made safari options ensuring you are able to experience the Masai Mara National Reserve the way that suits you best.

The Masai Mara National Reserve is split into three sectors by the two rivers that run the area: Talek River and Mara River. To the west lies the remote Mara Triangle, known for being the gateway from the Serengeti to the Masai Mara. To the east lies the Sekenani Sector, it is considered to be one of the least attractive areas and is the busiest of the three sectors.

Right in the sweet spot between the Talek and Mara rivers lies the Musiara Sector. The Musiara Sector is home to iconic swampland teeming with wild bird species and other wildlife. According to local lore, Maasai herdsmen historically travelled from all corners of the region just to let their cattle graze here during the dry season. These days Masai cattle are no longer allowed on the reserve, but you may see them occasionally if you visit the conservancies. Buffalos and a wide variety of creatures large and small can be seen taking lazy mud baths in the swamps puddles. Its abundance of wildlife also makes the marsh the perfect home to the ‘Marsh Pride’. The group of 25 - 30 lions and cubs was made famous by the BBC’s documentary ‘Big Cat Diary’. In addition to its swamp, the Musiara Sector is ideally situated for viewing the iconic wildebeest river crossings at the Mara River.

For those travelling by land from Nairobi, the Sekenani Sector is generally the main point of throughway. The landscape in this part of the reserve is considered to be less interesting and less appealing for safari travellers. It is carpeted with large hotel lodges and low-budget tented camps. Thanks to the uncontrolled local development and steady stream of tourists in minibuses it has lost that untouched appeal that other areas in the reserve offer in abundance. It’s a fine area to travel through from one point of the reserve to another, but we wouldn’t recommend spending more time than necessary in the area. The reserve has so much more to offer in other locations. 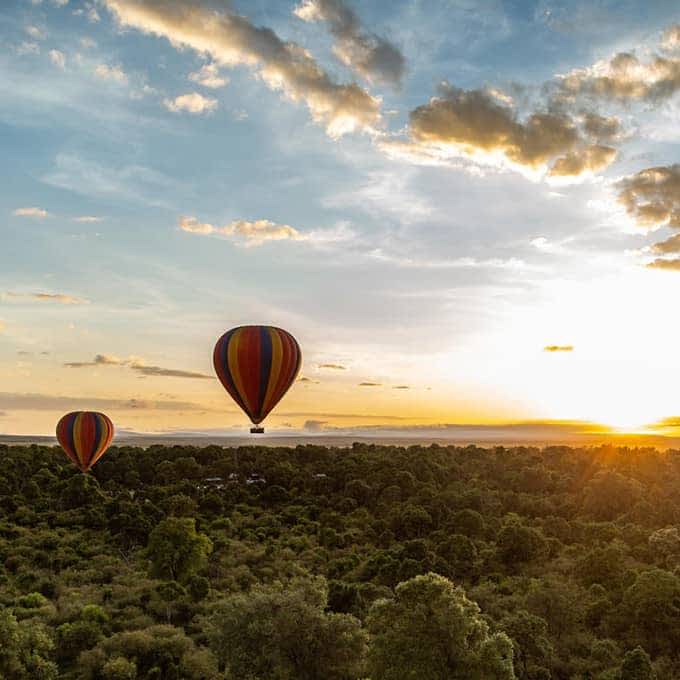